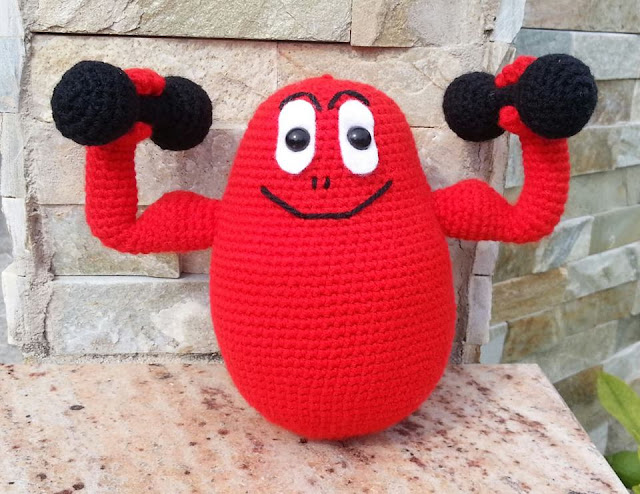 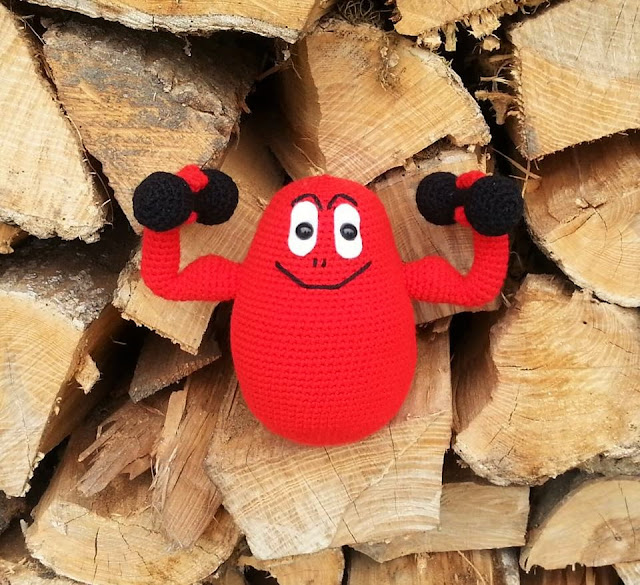 Put a wire into the arms and stick it into the body between round 33 and 34.
Leave a long tail to sew arms onto the body. 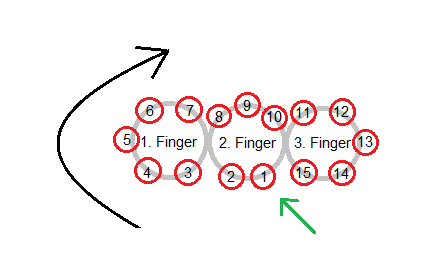 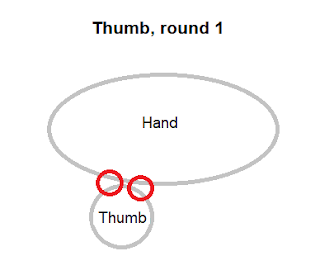 Put a wire into the arms and stick it into the body between round 33 and 34. Twist both wires from the arms when stuffing the body.
Leave a long tail to sew arms onto the body. 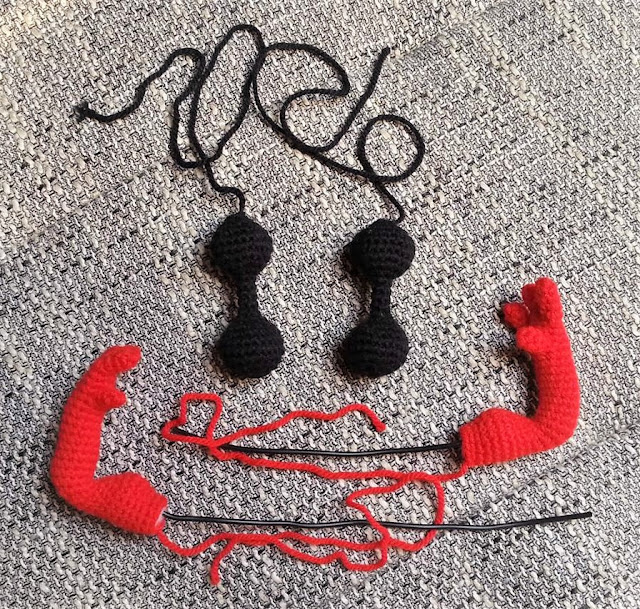 Cut an oval out of white felt for the eyes.
Insert together with safety eyes between round 41 and 42.
Embroider mouth, nose and eyebrows with black yarn.

Leave a long tail to sew the barbells onto Barbawum’s hands. 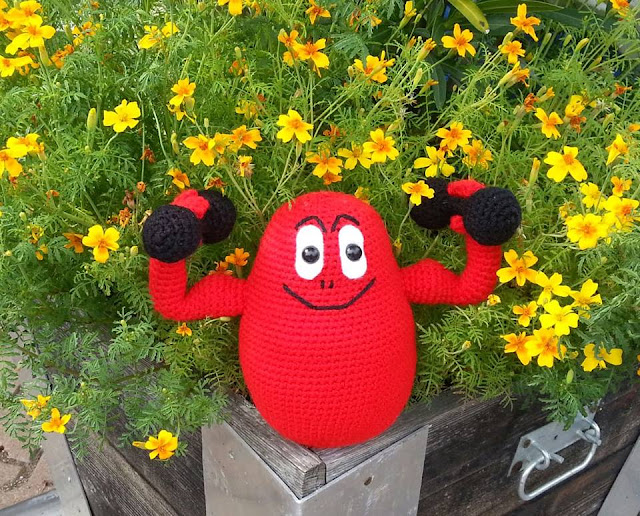 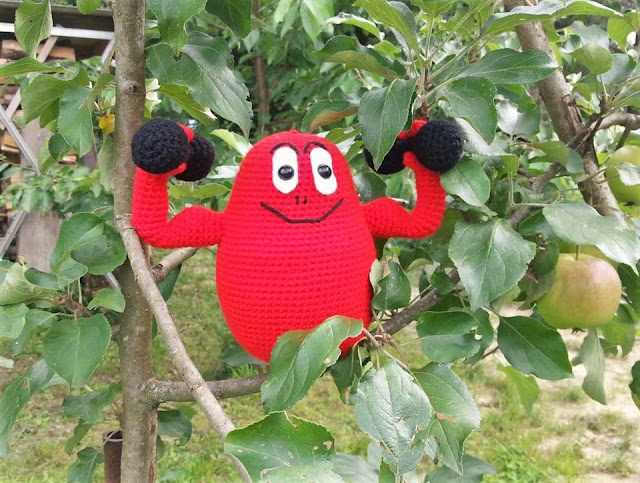 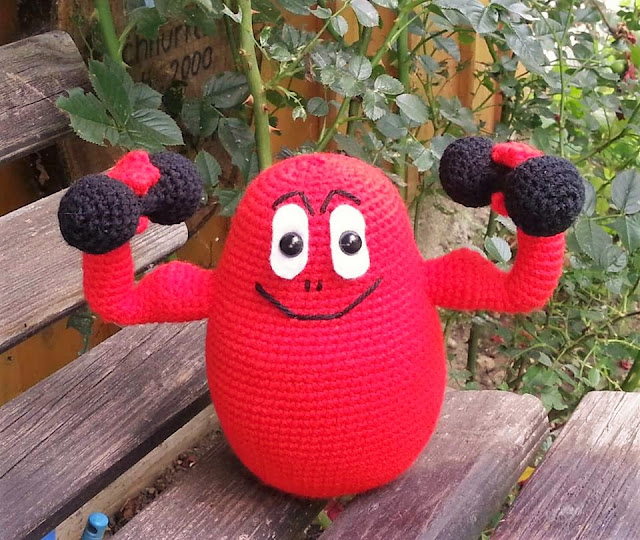 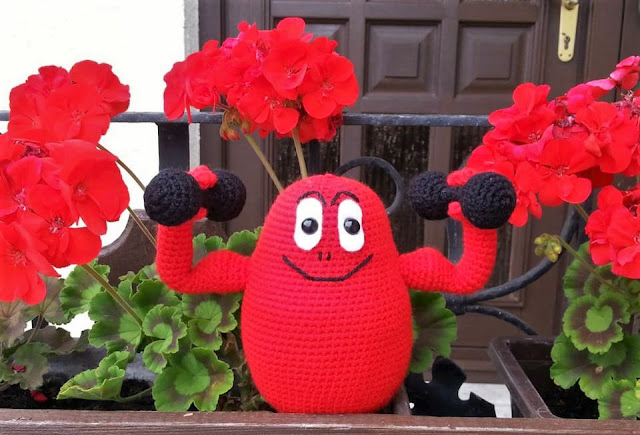 Stay tuned for more members of the Barbapapa Family! 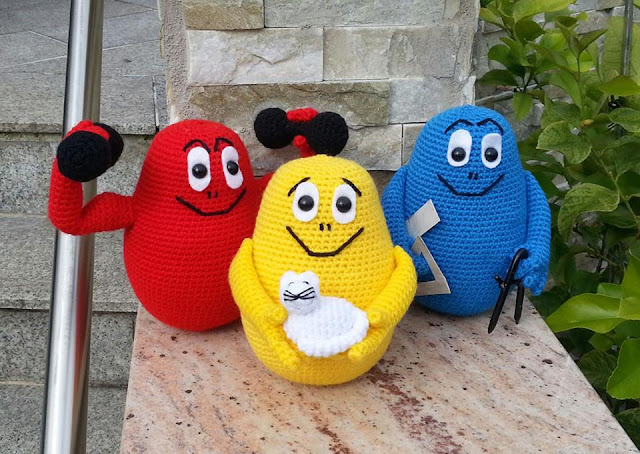 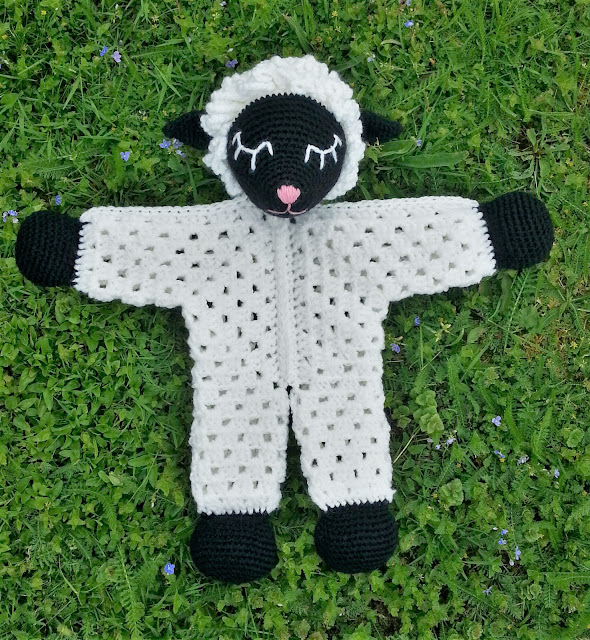 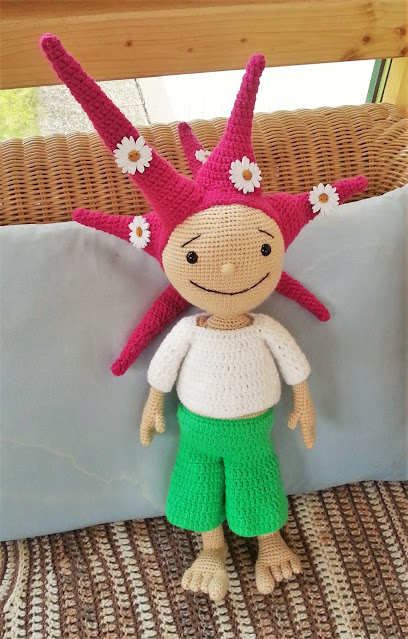 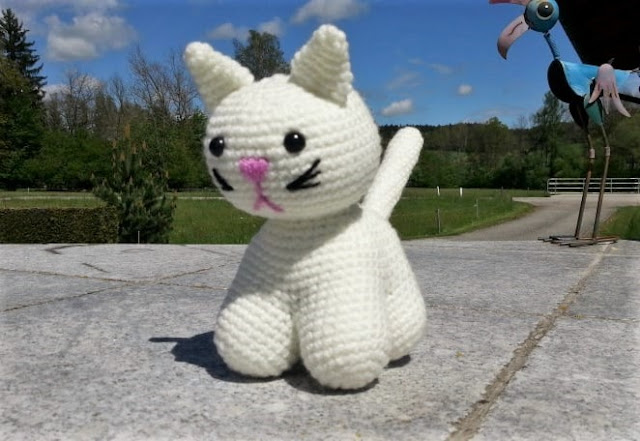 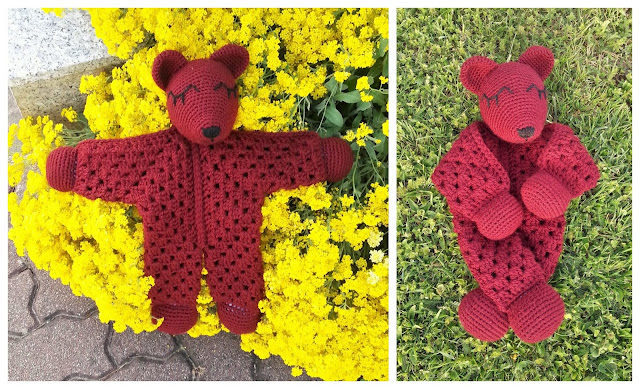 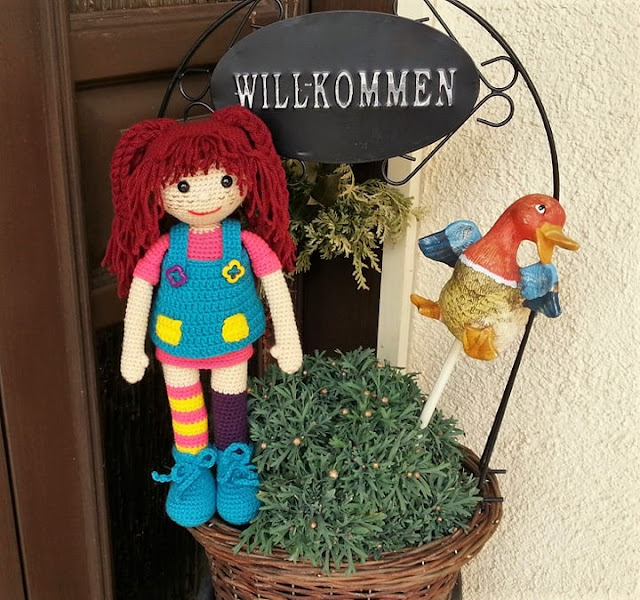 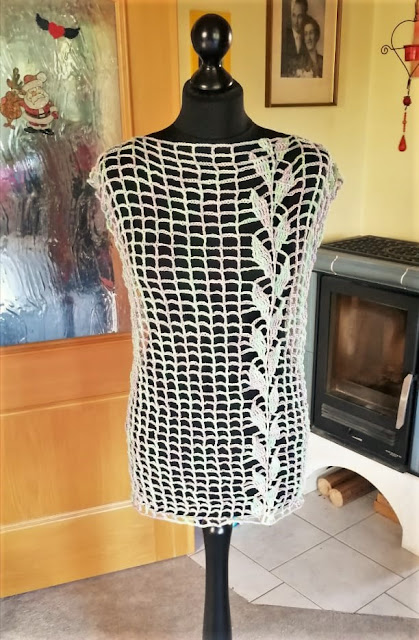 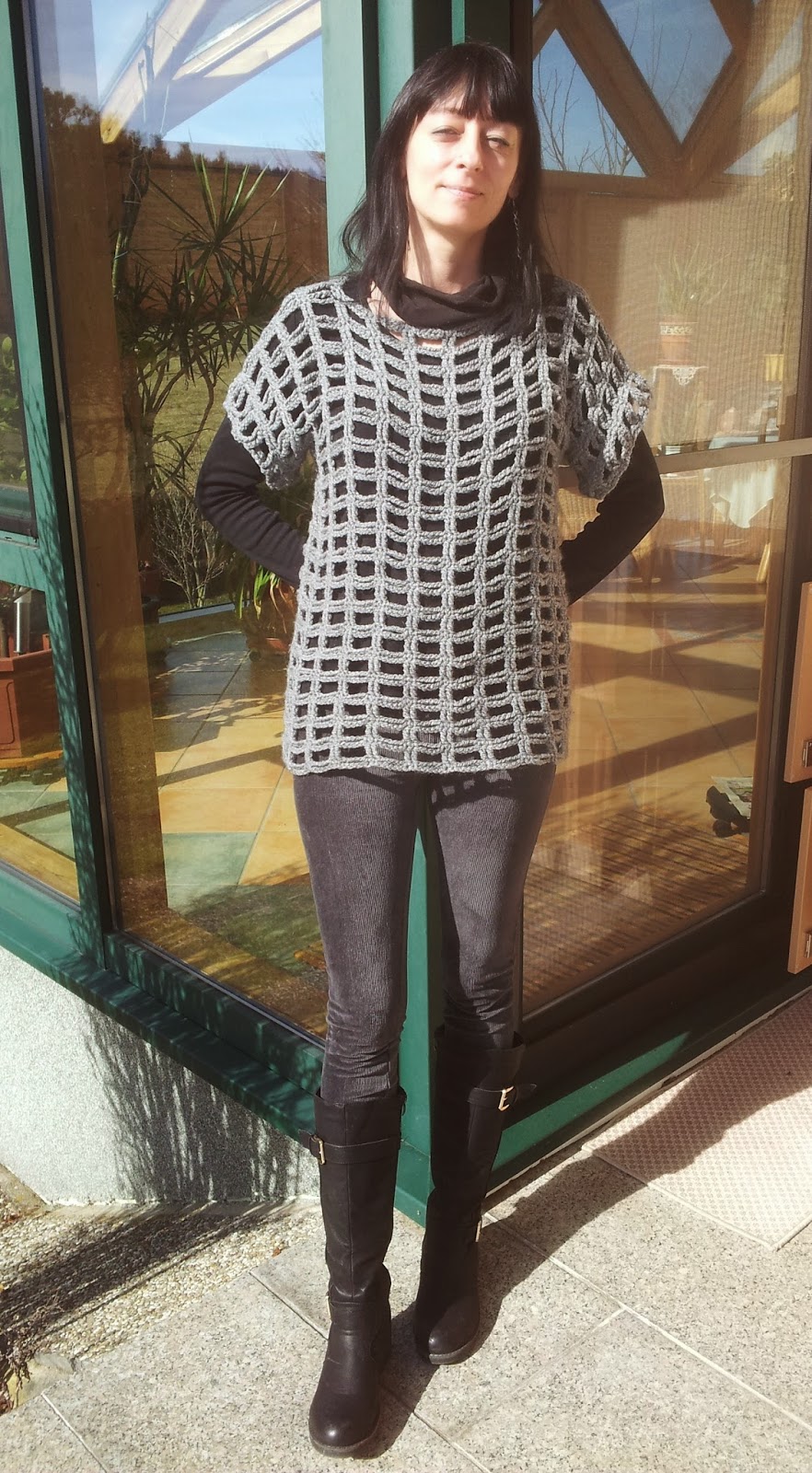 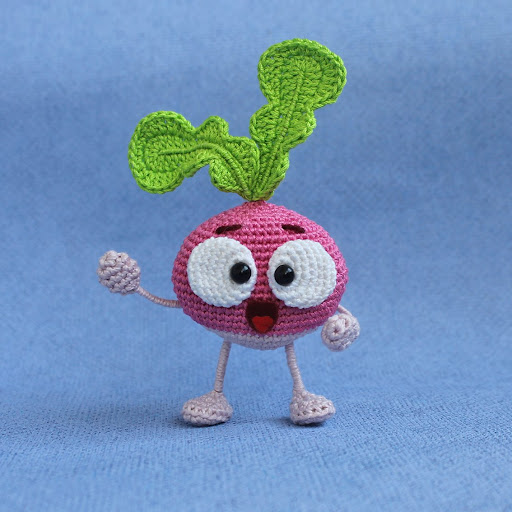 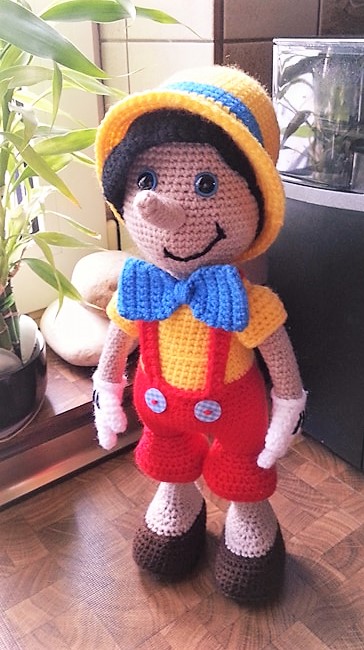 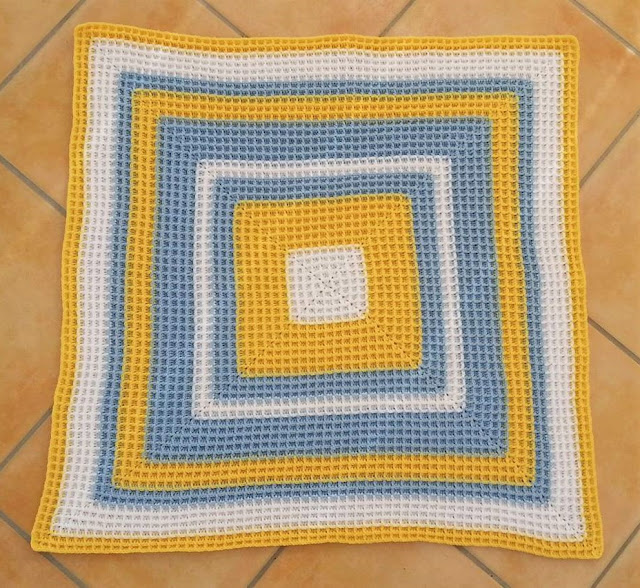 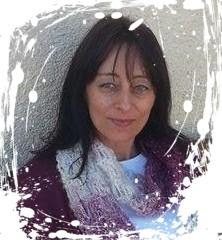 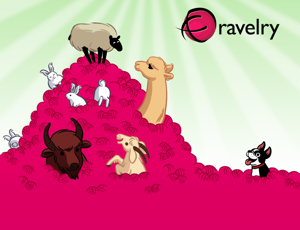 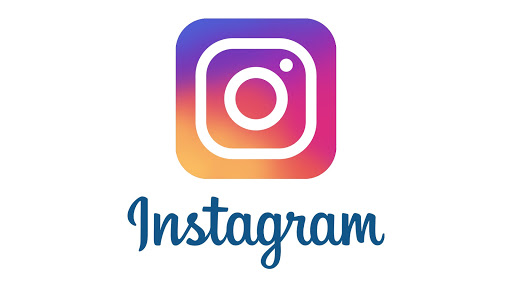